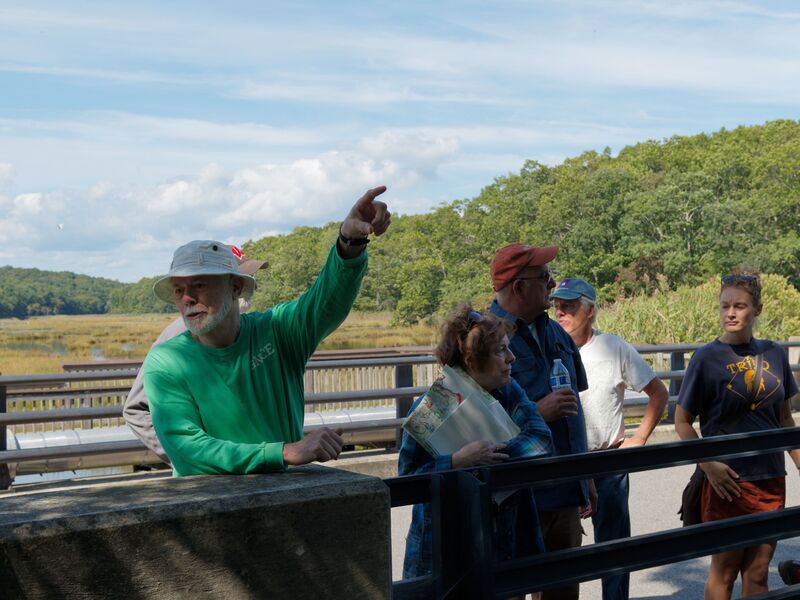 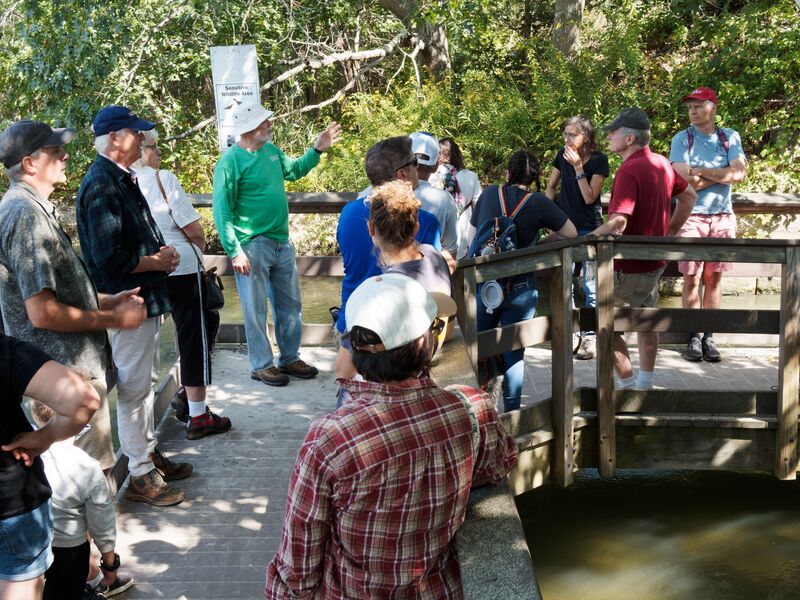 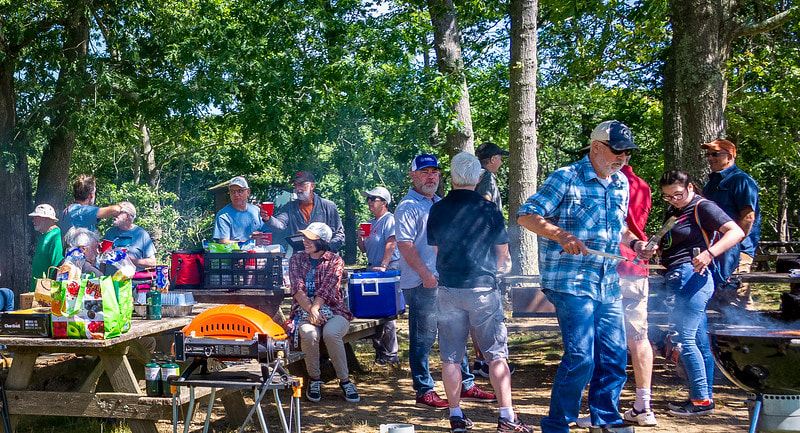 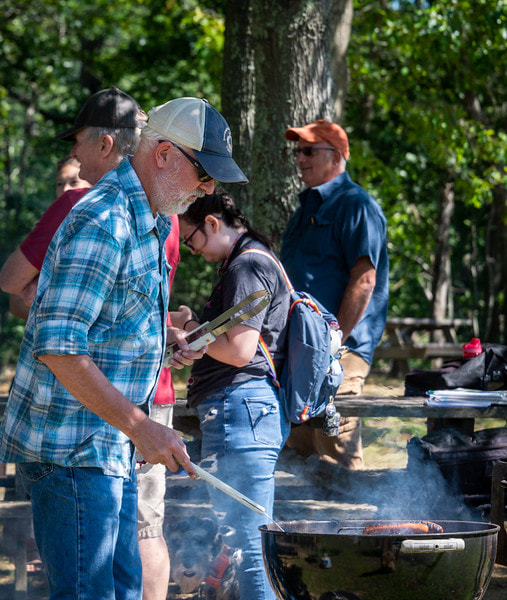 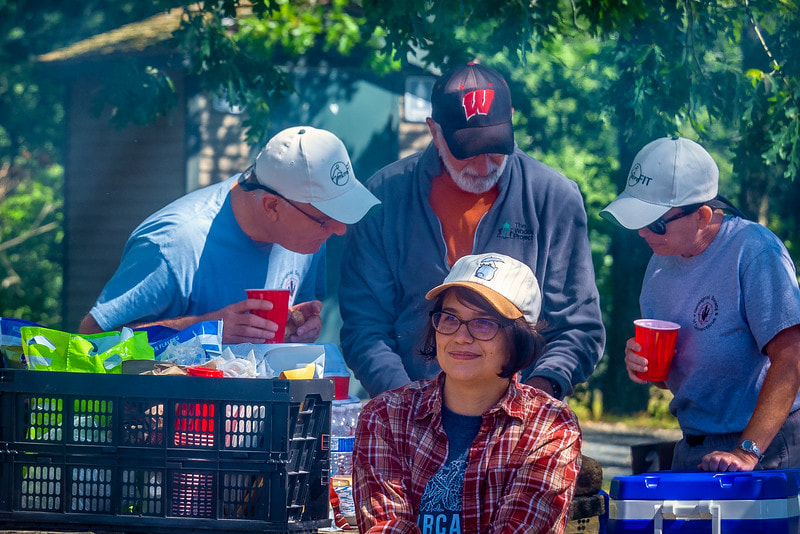 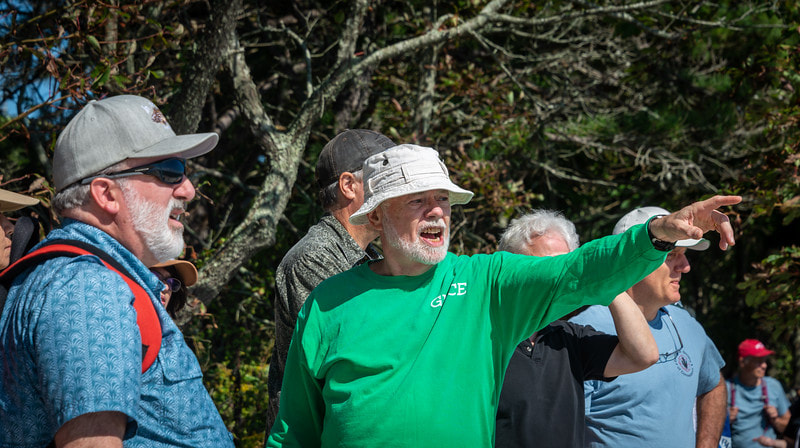 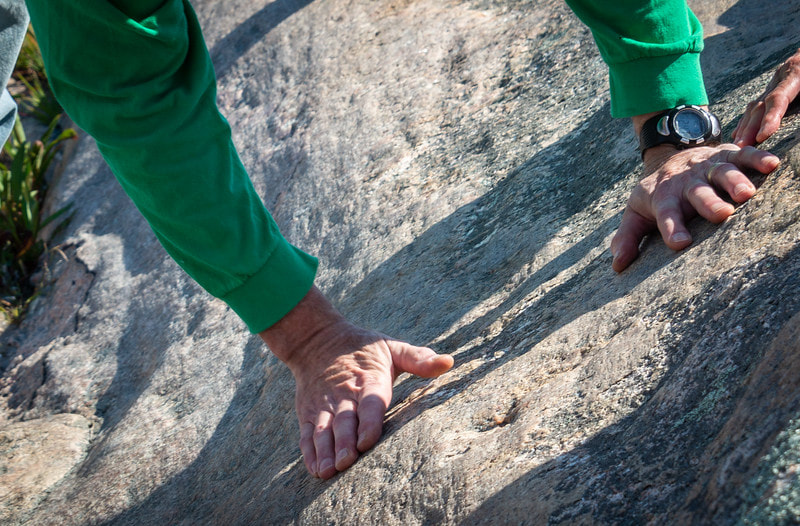 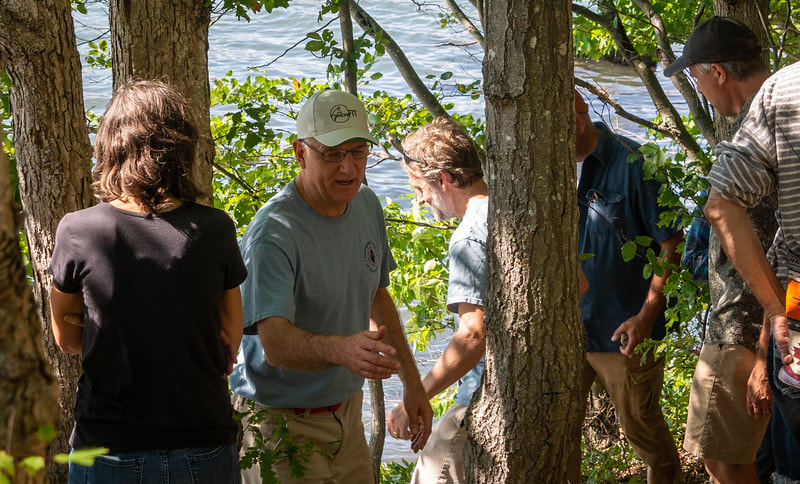 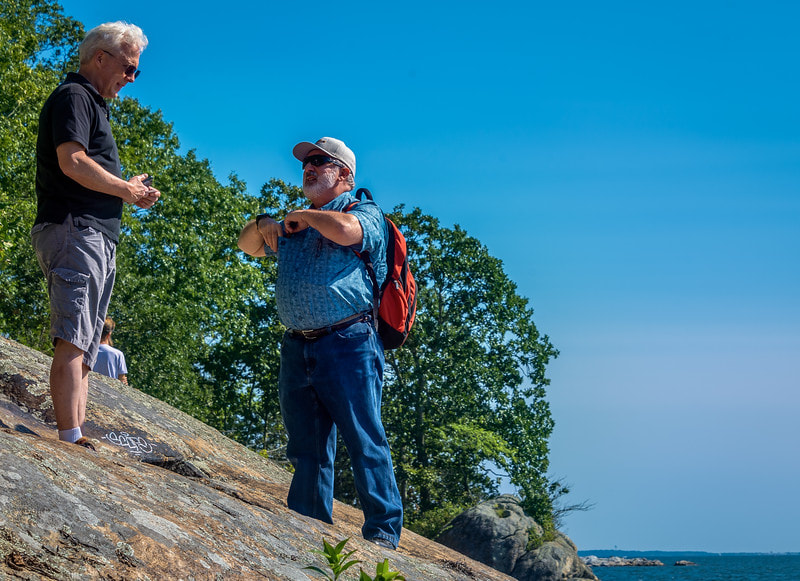 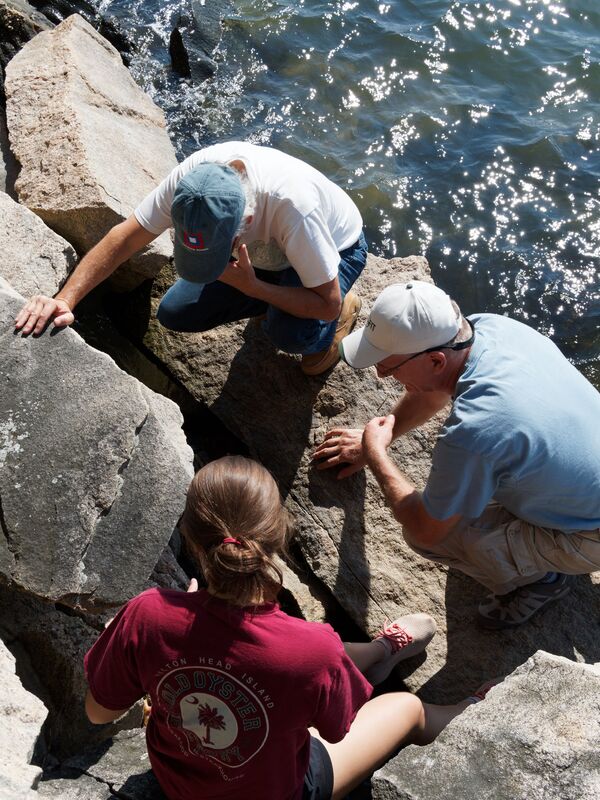 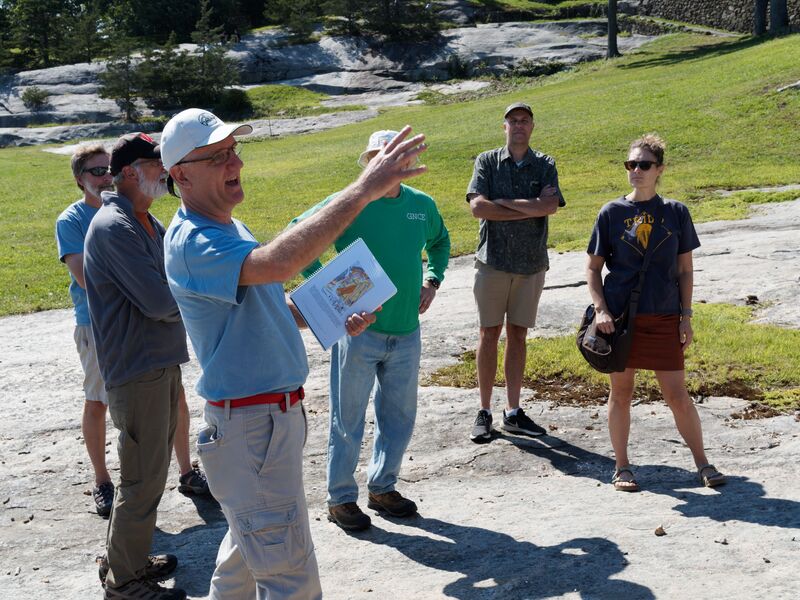 WHEN: Saturday, September 11, 2021 at 12pm
WHERE: Rocky Neck State Park, Old Lyme, CT
The Geological Society of Connecticut was pleased to host a summer picnic on September 11 at Rocky Neck State Park in Old Lyme. We met at noon at a cluster of picnic tables in a wooded area next to the bird observation platform near the beach parking lots where we also enjoyed a cook out.

During the afternoon we held an informal field trip discussing both glacial geologic and shoreline dynamic features and bedrock geologic and quarrying features. These areas are covered in depth in field trip guides from previous trips (NEGSA 2012: DEEP guidebook #9 and GSC 2015: GSC guidebook #6).
Geology We Saw
Rocky Neck lives up to its name by providing excellent exposures of bedrock within an old quarry south of the Ellie Mitchell Pavilion and along the Land’s End peninsula to its west. Rock formations here are part of the Lyme Dome, an Alleghenian upwarping of the Gander Terrane. Paragneiss, schist and quartzite intruded by granite/granodiorite comprise the terrane’s initial Neoproterozoic rocks. The Alleghenian Orogeny affected the rocks seen here in at least 3 ways: Phase 1 (~300-280 Ma) - diapirism with syntectonic foliation-parallel migmatization, penetrative deformation (~300-290 Ma) and intrusion at 290+/-4 Ma by additional biotite granite gneiss and alaskite (leucogranite) gneiss; Phase 2 – cleavage parallel pegmatite intrusion and migmatization during NNW extension (~280-275 Ma) and decompression melting; and Phase 3 - intrusion by Westerly Granite (275+/-4 Ma) and pegmatite (~275-260 Ma) during rapid vertical unloading and exhumation. The quarry best shows the migmatized Permian rocks and intrusions, especially within subhorizontal joint faces in the lawn south of the pavilion. Just to the west of this, folding is nicely exposed along the east side of the Land’s End peninsula The west side of the Land’s End peninsula hosts a sharp contact between the dark, foliated Neoproterozoic paragneiss/schist and the Permian alaskite gneiss, both cut by pegmatites.
The great lawn south of the pavilion was once the site of a late 19th century dried fish fertilizer factory, the ruins of which can be seen on 1934 aerial photographs. After the Civil War, rock was quarried back towards the railroad and used to level the site and construct the jetty, used for docking boats. When it was finally torn down some of its structure was used to build the Ellie Mitchell Pavilion in the late 1930s.
​
Rocky Neck also provides easy access to several glacial features and some examples of the interplay between the sea and the land.  The glacially-smoothed bedrock that crops out along the eastern flank of the Land’s End peninsula exhibits nicely developed striations and there are adjacent potholes in the surf zone. The contrast between the ice-laid deposits of the hills and the water-laid deposits under the parking areas is quite easy to see. The relationship of the glacial deltas that built into Glacial Lake Connecticut and the modern beach can be examined as part of a discussion of sea level rise/glacial rebound/ and tidal vs. wave energy.
Read More
https://www.theday.com/local-news/20210725/record-setting-east-lyme-menhaden-fishery-has-disappeared
https://connecticuthistory.org/abundant-wildlife-drives-the-history-of-rocky-neck-state-park/