Along with a cocktail hour (cash bar), catered dinner, and lecture by William C. Burton, USGS Research Geologist, entitled Tempest in a teapot:  how a small area in the western highlands reflects the wondrous complexity of Connecticut geology, an annual business meeting, and announce election results for the GSC Board of Directors.
READ MORE

The 2018 annual meeting was held on November 9th 2018 at Trinity College in Hartford Connecticut. The meeting started off with a social hour where old and new members had a chance to meet and  buy raffle tickets to support the Society’s Student Research Fund. After a welcome from our hosts Dr. Christoph Geiss and Dr. Tim Cresswell, Dean of the Faculty, we enjoyed dinner and learned about last year’s society happenings during the business meeting. The Joe Webb Peoples award went to Bob Winsch. The keynote address was given by Dr. Paul E. Olsen, Storke Professor of Earth & Environmental Sciences, Columbia University who spoke about Arctic Ice and the Ecological Rise of Dinosaurs.

GSC members gathered at Yale’s Peabody Museum for our 2017 Annual Dinner Meeting.  The evening started with a reception in the new mineral exhibit, David Friend Hall.

On this field trip, we explored aspects of the paleontology of the early Mesozoic Hartford Basin in central Connecticut and Massachusetts. There were five stops in total, including three museums and two field localities.
Photos & Read More

2016 was the 50th anniversary of the discovery of the dinosaur track site that became Dinosaur Sate Park in Rocky Hill.  The 8th Annual Meeting of the Society, held on Friday November 18th at Wesleyan University, celebrated this fact by welcoming world-renowned vertebrate paleontologist Dr. Robert Bakker for an engaging lecture on Connecticut’s Jurassic geology and its role in the history of the science of paleontology entitled “The Real Jurassic Park is  in the Connecticut Valley.”  Ahead of the lecture, attendees enjoyed student poster displays and dinner while society business was completed. In addition, a successful scholarship fundraising event including wine-tasting and meet-&-greet with Dr. Bakker was held before the meeting.

GSC members and guests explored the geology of the lower Connecticut River valley from Middletown to Lyme on Saturday June 11. Stops focused on the pre-glacial carving of the valley, partial filling of the valley with glacial and meltwater deposits, and the lithology and structure of the surrounding bedrock units. Trip leaders: Janet Radway Stone, Ralph S. Lewis, and Phil Resor.
Read More and see the Photos 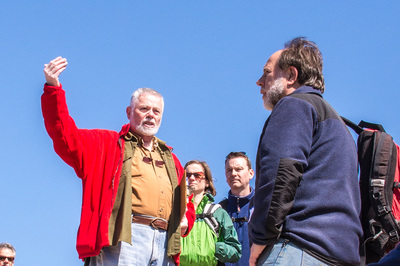 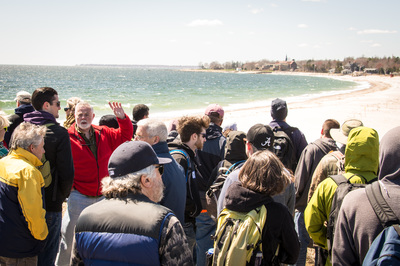 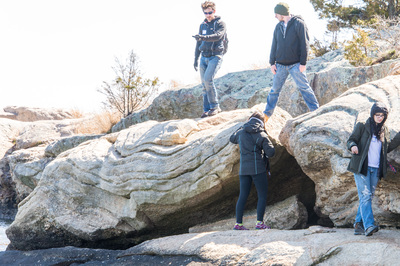 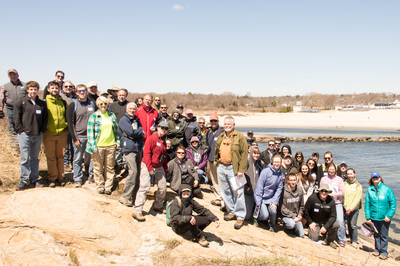 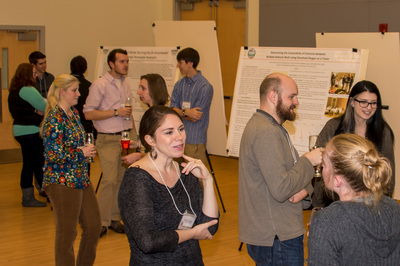 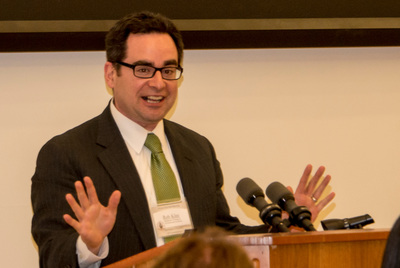 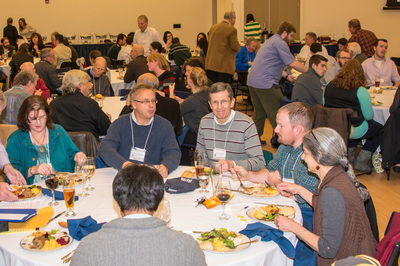 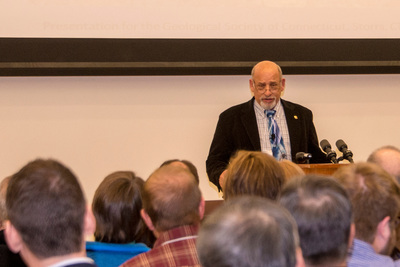 See More Photos
2014 Spring Field Trip - April 2014
Metamorphic rocks of Western Connecticut
See More Photos
2013 Spring Field Trip - Saturday April 20, 2013
Another rousing success for the GSC and our trip leader Janet Stone of the USGS!  More than 75 participants, including many students from Eastern and Central Connecticut State University, learned about the Glacial Geology of Central Connecticut and the exciting research Janet and the USGS are conducting in Connecticut. More than 30 participants attended the post trip BBQ at Dinosaur State Park where great burgers, dogs, veggie items, and refreshments were served and the conversations about Connecticut geology continued until sunset.  Thanks to Janet and all the trip organizers and participants everyone had a great day! 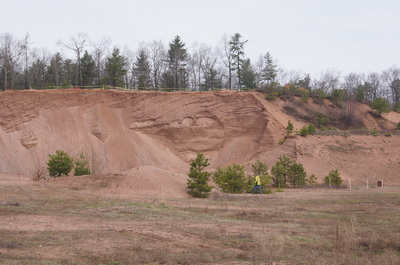 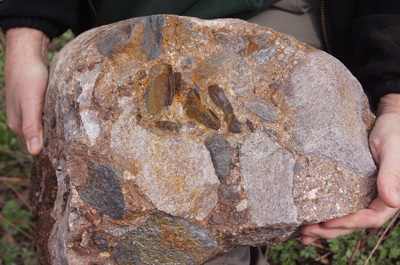 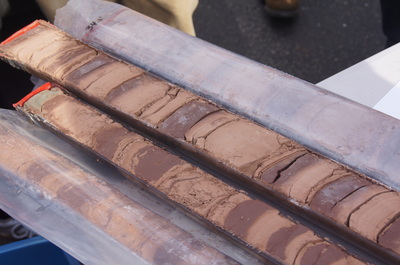 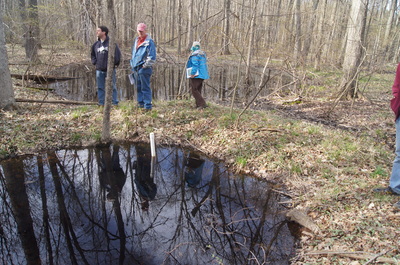 See More Photos
2012 4th Annual GSC Fall Meeting, Friday November 16
Held at the Dept. of Environmental Earth Sciences, Eastern Connecticut State University,this was one of our most successful meetings!  Thanks to EastConn-DEES and our members for your support and enthusiasm.  Our featured speaker, Janet Stone, USGS, gave a great talk on the Glacial Geology of Connecticut.  More than 75 attended and everyone had a great time!

2012 Spring Field Trip, Saturday June 23
More than 25 GSC members and guests visited some of the premier vineyards in Connecticut.  We learned about the soils and geology and had the opportunity to sample the fine wines! 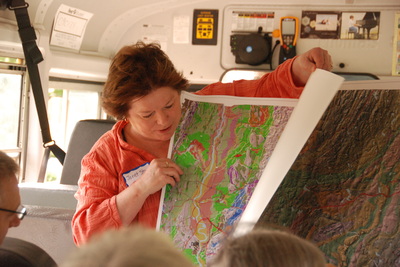 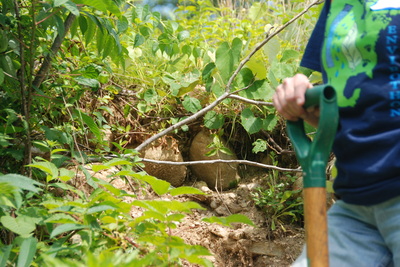 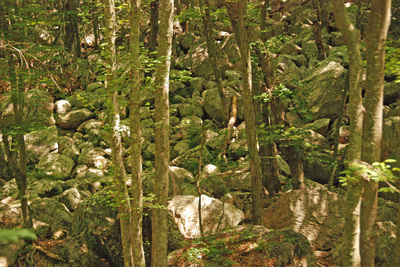 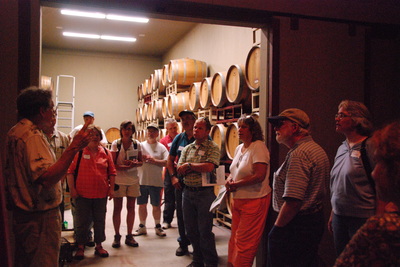 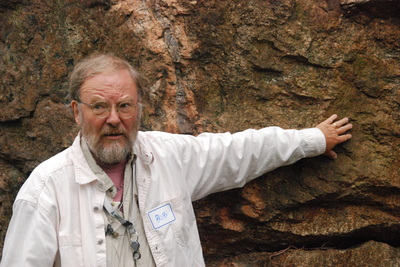 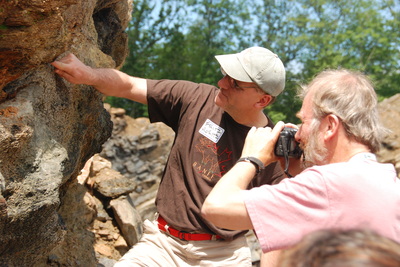 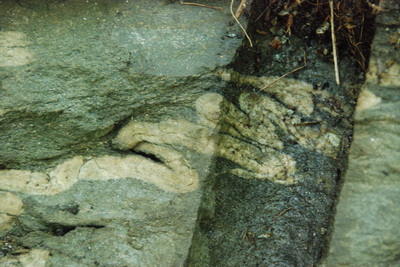 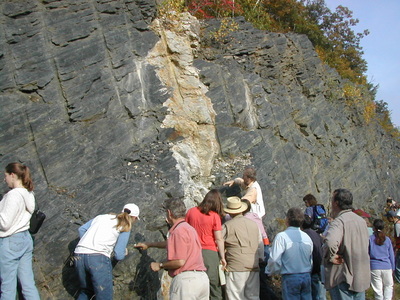